5 of 5 DeliciScore™ (From Heaven) Awarded to Metropolitan Market for their Prime Rib Dip Sandwich in Kirkland, WA on this 17th day of October, 2015 - Taking their French dip very seriously, as they should.

I just started a new job and was talking to some coworkers during week one (about 4 weeks ago now) about my French dip reviewing hobby.  One of the guys was telling me that the best French dip he had ever had was at Metropolitan Market (MM).  I realized a little while later that there is a MM very close to my work in Kirkland, so I made it a point to walk there for lunch one day.

Getting there.  It was a comfortable fall day and I walked about 15 minutes to get there.

I got to the deli, where their Prime Rib Dip was reported to be.

The meat had some fat in it but it was good.  No complaint for that but I think I would prefer they remove all fat from the meat.  I don't think too many people like to eat beef fat.

The jus scored a 4 of 5 because it was not hot enough.  However, it was the real thing and probably would score a 5 if there was a lot and it was hot.

The sandwich comes by default with horseradish added pre-facto.  I do not prefer this and like to control my own horseradish intake and for that reason asked for it on the side, which was a good call.

The staff were nice and I could tell they were both passionate and proud of what they were doing.

And here's some pics of the Fall colors on my walk home: 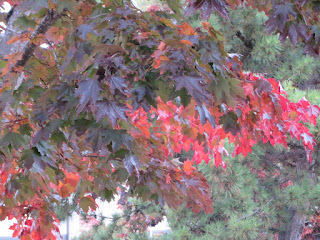 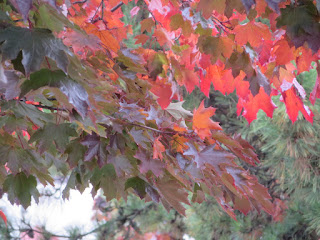 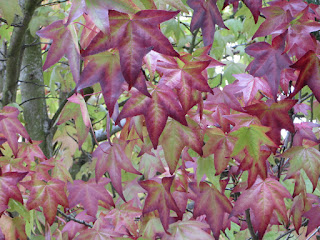 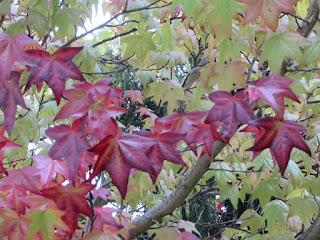 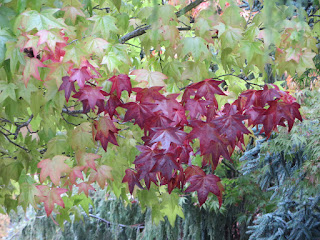 This is a great sandwich that can be found in a neighborhood grocery store (albeit a fancy one).  The people put great care and pride into creating this very nice sandwich that scores a 5 of 5 for all of the right reasons.  I'm a fan!
Posted by Eric Veal at 5:41 PM