2 of 5 DeliciScore™ (Not Quite There) Awarded to Lee's Brickhouse Pub for their Prime Rib Dip Sandwich in Kirkland, WA on this 10th day of January, 2016 - Open-faced, wet Prime Rib Dip

I just started helping my friend Leigh with his startup project, FreeMo (for Free Mobile), Leigh and I agreed to meet up at Lee's Brick House (LBH), a newly renovated bar in Juanita Beach, on a Saturday afternoon because Leigh needed food.  I showed up and ordered a Mack & Jack's African Amber beer.  I am on a budget so was not really interested in buying food, plus I'd already had lunch a bit earlier, so I abstained from ordering.

Leigh and I had been to LBH a few weeks prior and had noted that they offered a French dip.  Sorry, I don't have the description, but this is an open-faced, wet Prime Rib dip.  It sounded fancy and I think it's priced around $15.

We had enjoyed the bar (they have pool tables, it is clean and new-feeling, cozy, modern and dark) the last time

Leigh ordered the French dip, which caught me off guard.  Had I ever just sat idly by while someone else enjoyed a delicious French dip?  This was new.  I offered the following to Leigh: that I could do something new and review the French dip through him (that he would eat it and I would coach him through the process of reviewing it).  I thought it was funny and he accepted, so that's basically what you see below is pictures that I took of Leigh's food and the commentary (LOL) that Leigh made about his food as he ate it.  Yes, he was gracious enough to share a bite or two with me for verification sake.  And his son, Julian, was there as well, so there is commentary and feedback from him as well.  So this winds up being my first ever three-person review where I am not the primary reviewer (but I do weigh in).

This was a really fun and cost-efficient way for me to eat and review a French dip.  Enjoy!

So there's my second-hand review of this sandwich.  I'll be sure to try other things on their menu and I hope that they can make their jus richer and get some nice French bread, perhaps with olives baked in.

P.S.  Later that evening, Jessica and I made some really good calzones from Blue Apron that had golden raisins and kale in them.  Yummers! 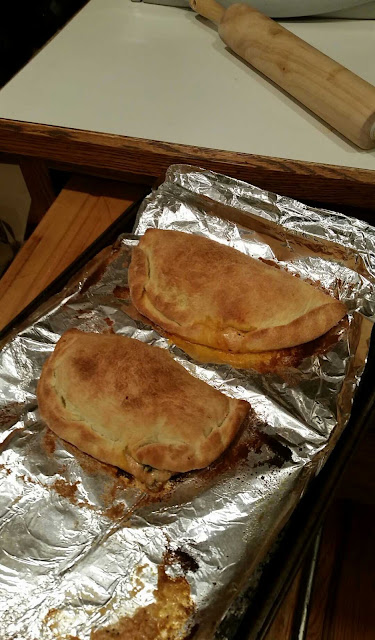