"Big Dipper" French Dip Sandwich at Kirkland, WA George's Awarded a 3 of 5 DeliciScore™ (Pretty Good) on this 4th day of April, 2017 - Provolone and onions make it good, bowl of jus 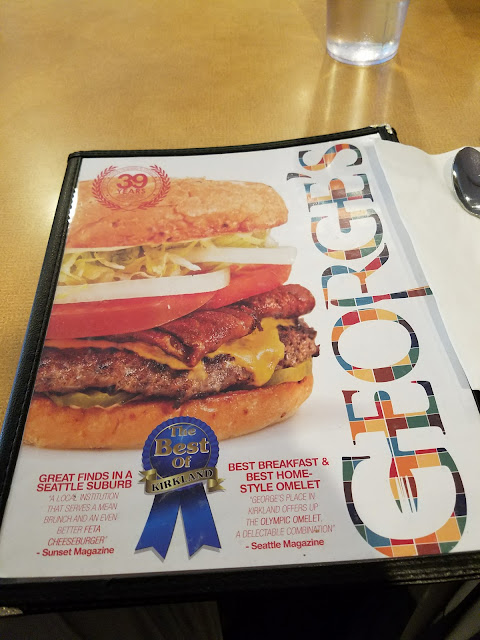 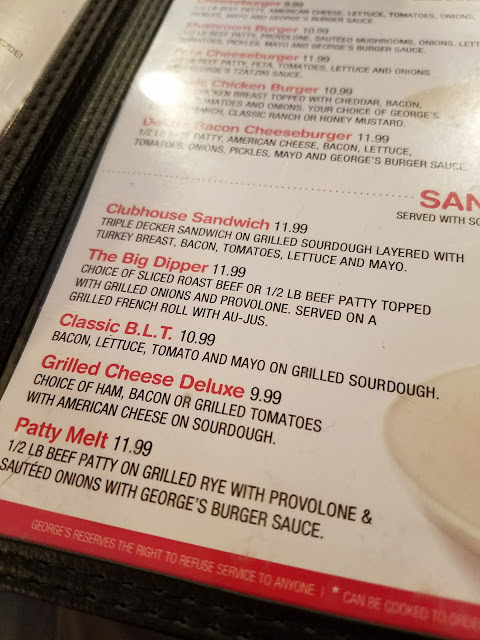 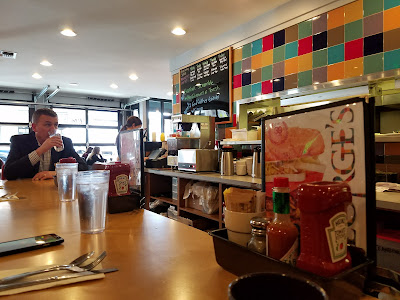 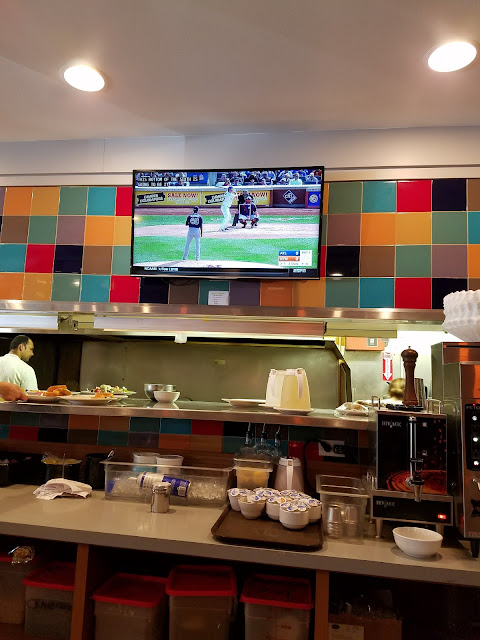 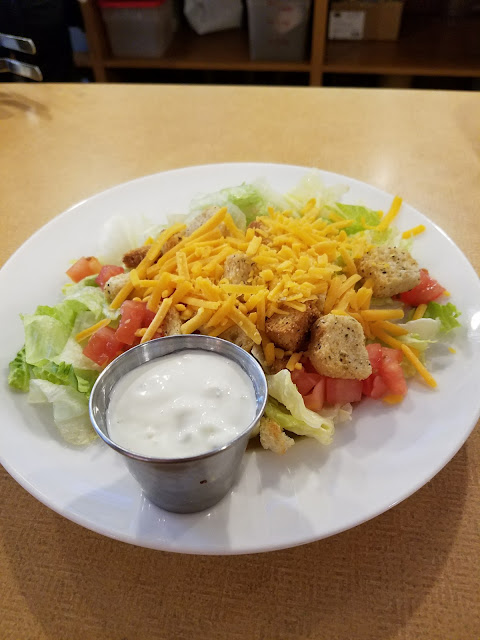 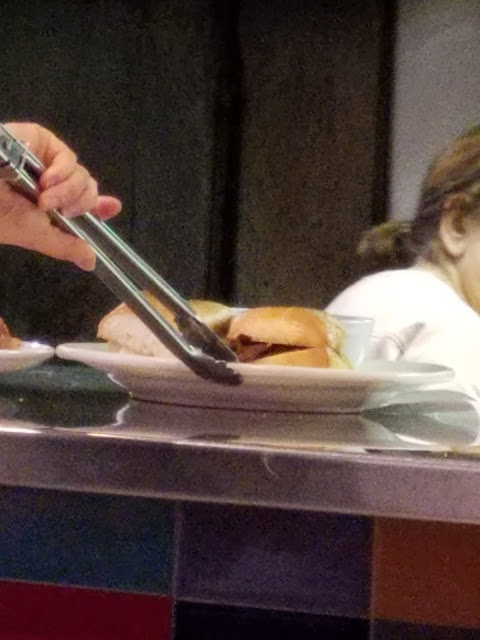 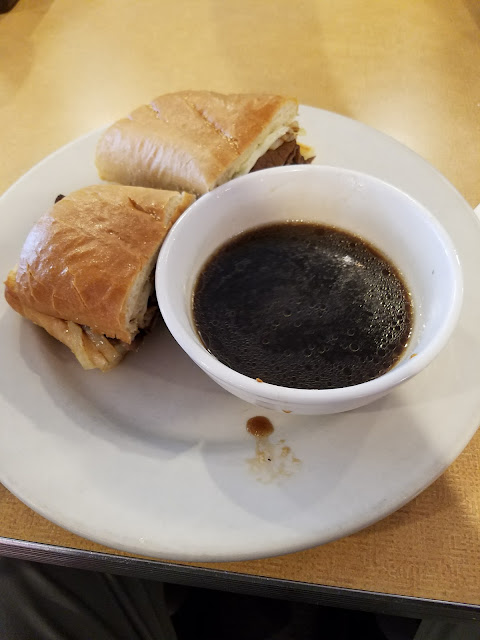 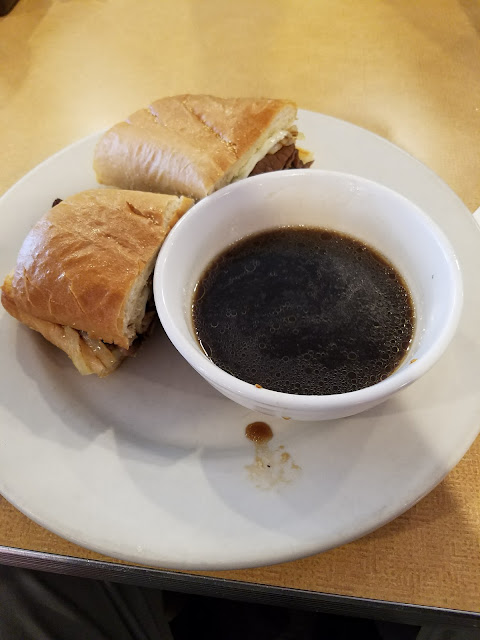 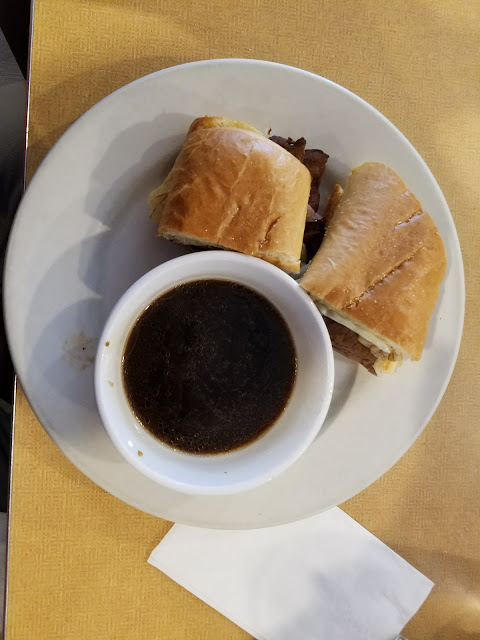 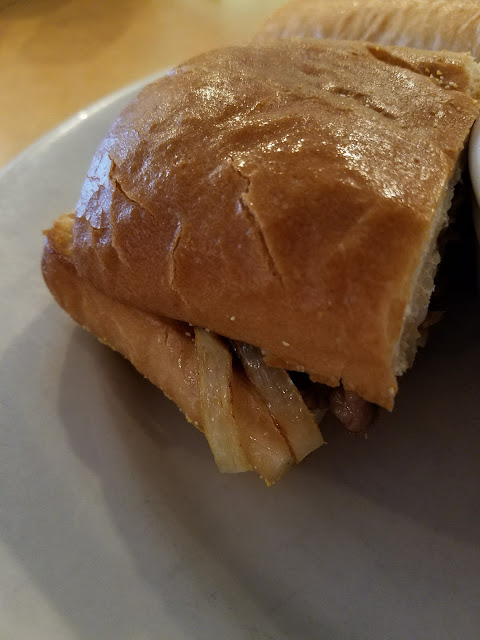 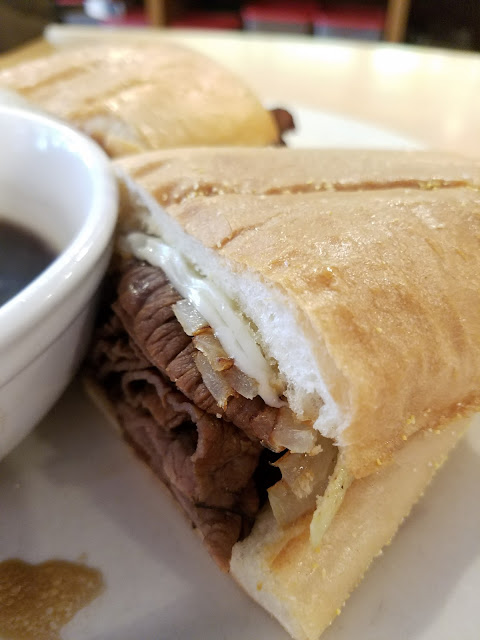 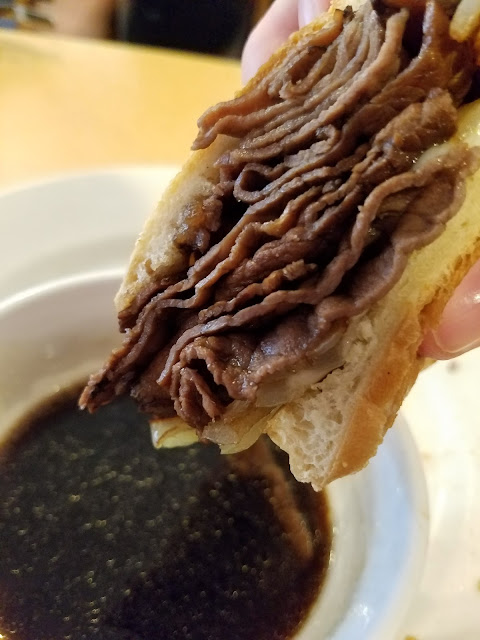 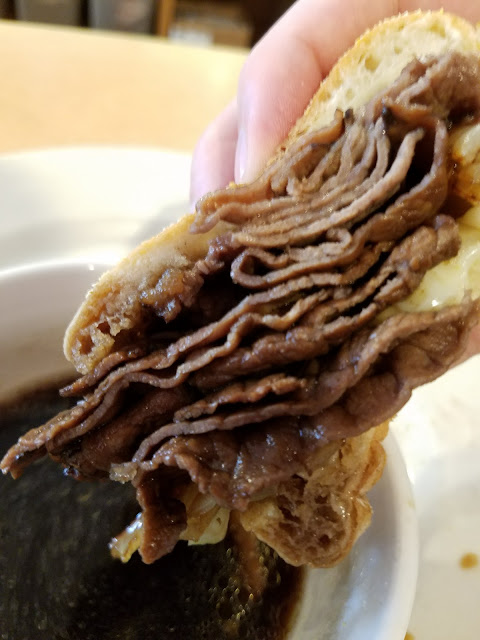 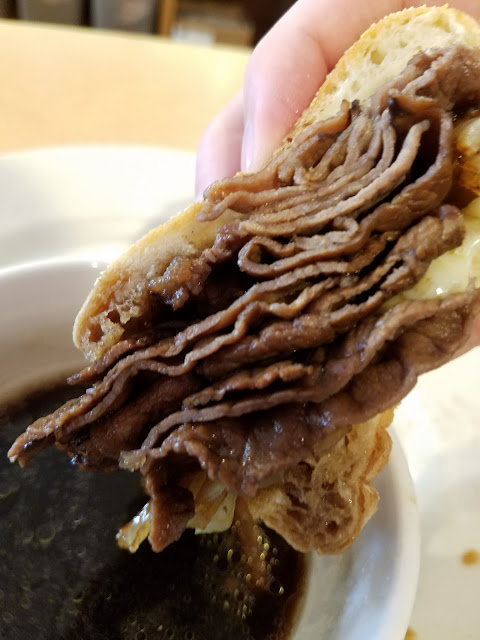 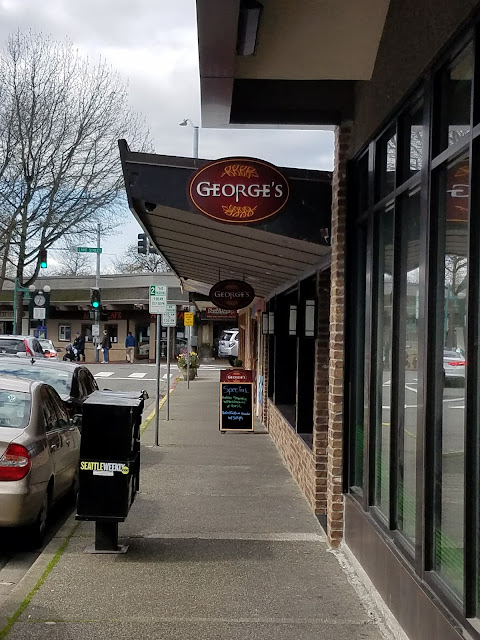 I was out for a walk from work and knew I hadn't yet completed the French dips at George's a diner and breakfast spot in downtown Kirkland.  I hymned and hawwed over whether or not I would walk back to George's to taste test their sandwich and then decided that I would.  I sat at the bar.  The salad was good.  The French dip was pretty good and I enjoyed my lunch.  I am nearly done with all of the French dips in Kirkland now.  Here's the to do list.

This is a pretty good French dip in a pinch.  The jus is good.  The bread is a bit too soft for my liking.  Processed cheese does not helps its cause but the size and onions make it pretty good.
Posted by Eric Veal at 9:03 AM