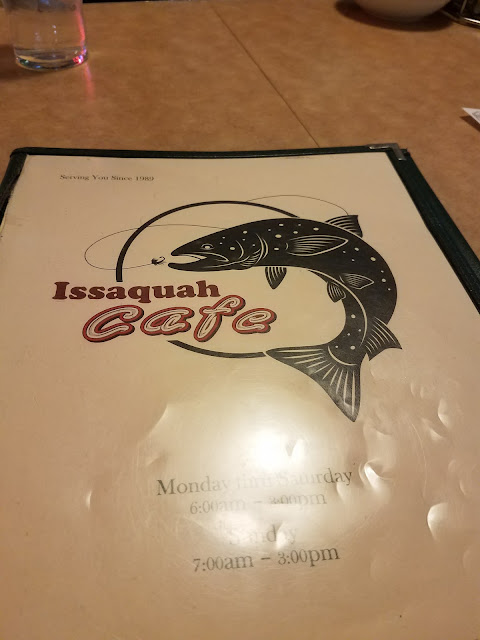 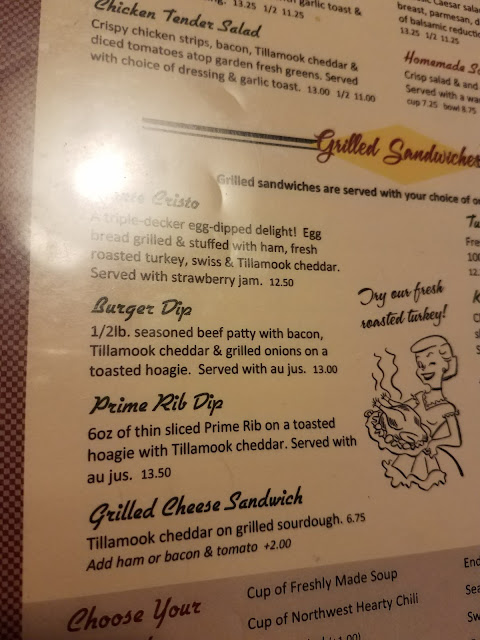 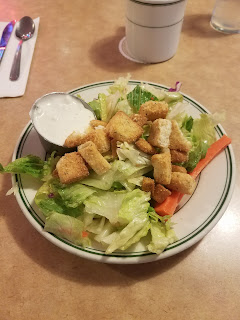 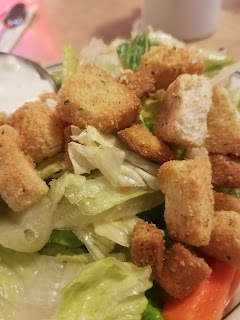 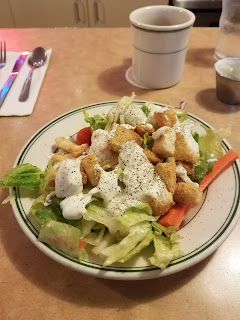 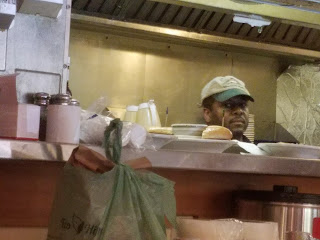 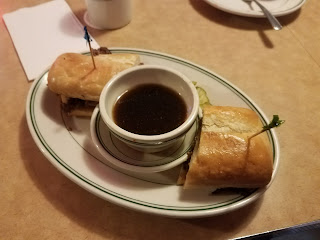 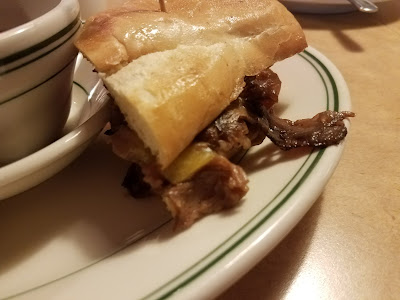 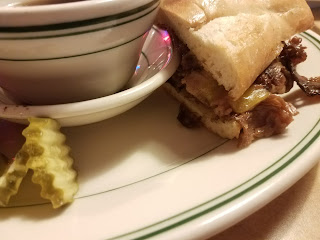 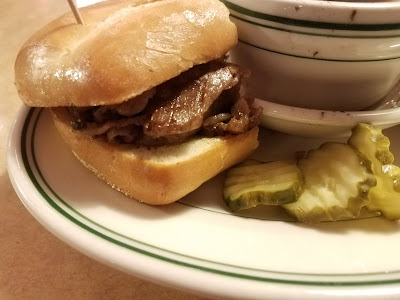 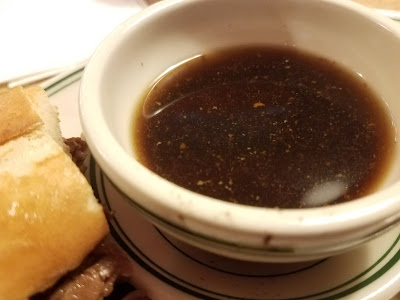 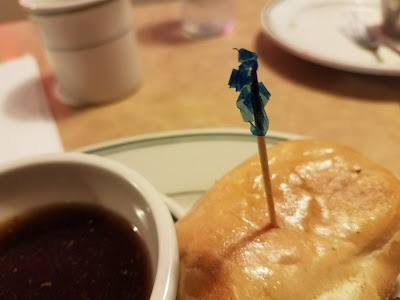 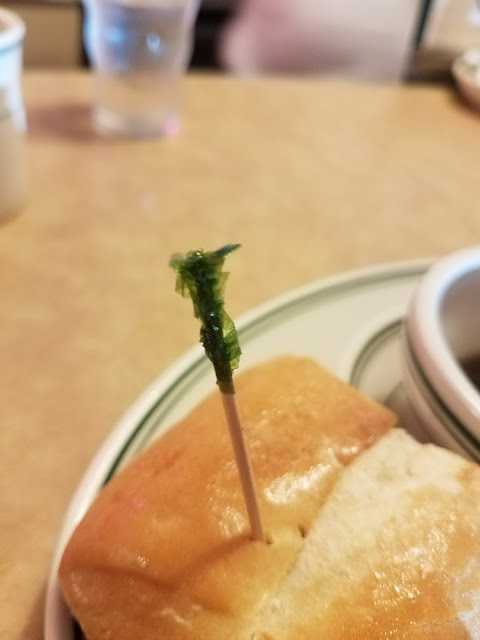 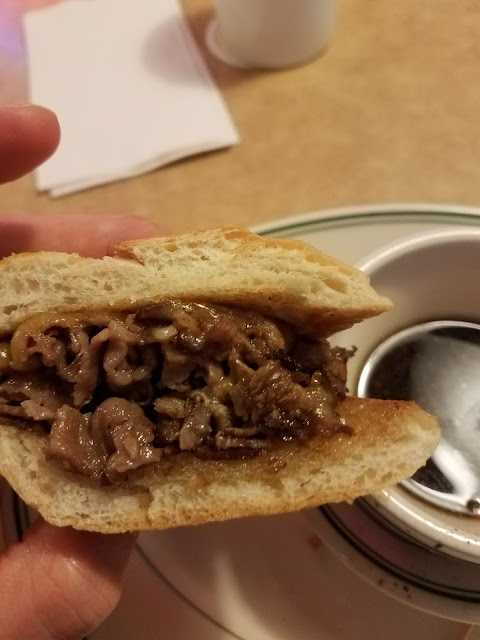 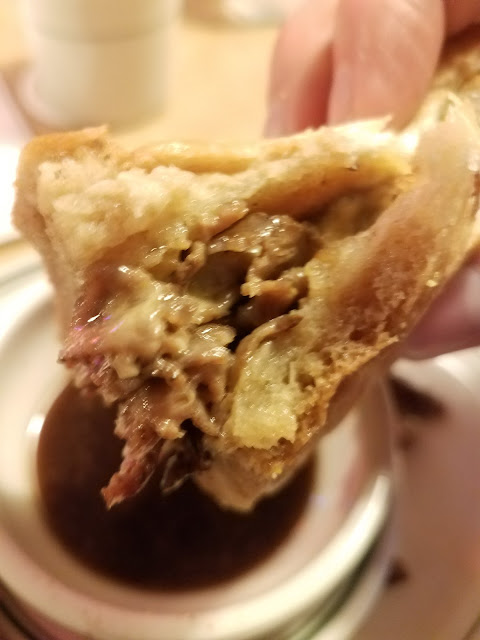 It was Saturday and I had been out hiking near North Bend.  I did the Twin Falls trail and it was pretty good.  The morning started foggy and rainy but by lunchtime it was sunny.  I tried going to Dough Zone, a new dumpling place, in Issaquah but the wait was over 15 minutes and I was impatient.  I was going to a meeting and didn't have the time to wait.  I knew I could go next door to Issaquah Cafe and sit at the bar, which I did.  It was the second day in a row I had had a French dip.  The one from the day prior at Lockstep was only okay but passable.  I was hopeful and expecting that Issaquah Cafe would do a good job.  Foursquare even had a review of someone who called their French dip "yum yum" so my hopes were high.  I have been accustomed to thinking of Issaquah Cafe and the related restaurants as good.  I think I even had this French dip in their Bothell location.